The pentagram is one of the most well-known symbols of evil…but what about the upside-down pentagram? 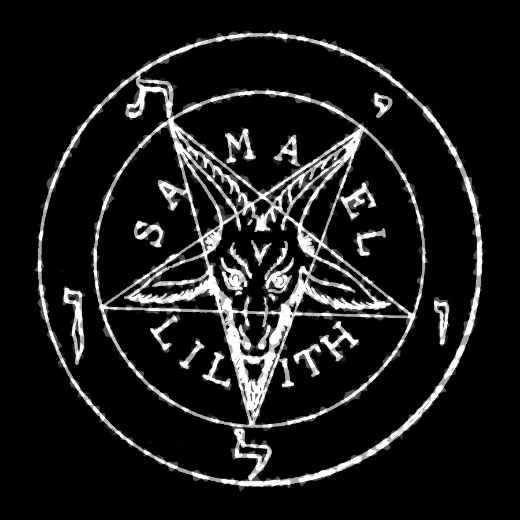 This image was originally produced by 19th century French occult enthusiast Stanislas de Guaita, who is credited with the popularization of the inverted pentagram during his time. In this image we also see the names of demons Lilith and her partner Samael.

As a Distortion of a Historical Christian Symbol

The original pentagram, which was originally a symbol of Christian faith that slowly became associated with Wicca and paganism (and hence witchcraft), was slowly co-opted by “magicians” and occultists to summon spirits. As history as shown us, Christian symbols that are associated with “good” and “faith” in religion often spur opposites or variants over time to signify their opposite (as is the case with the number 666…one below 777 which is often associated with “good” or “luck”). The inversion of what was once a Christian symbol of faith—the pentagram—can be viewed as an inversion of its meaning, i.e. evil vs. good. As such, the upside-down pentagram has become associated with evil—Satan and the Devil.

As a Simple Shape

Some have speculated that the inversion of the pentagram is related to the devil for an even simpler reason: the direction in which the main point of the star faces. In a normal pentagram, the middle point of the star is facing upwards “towards God”, and can be viewed as directional cue to humans to look to the heavens above. Similarly, the inverted pentagram has a tendency to pull focus downward, “towards Hell”.

Niccolò (Nico) graduated from the University of Milan with a Bachelor's degree in history. Nico has nurtured a life-long interest with the occult and enjoys reading about "haunted history" in his spare time.